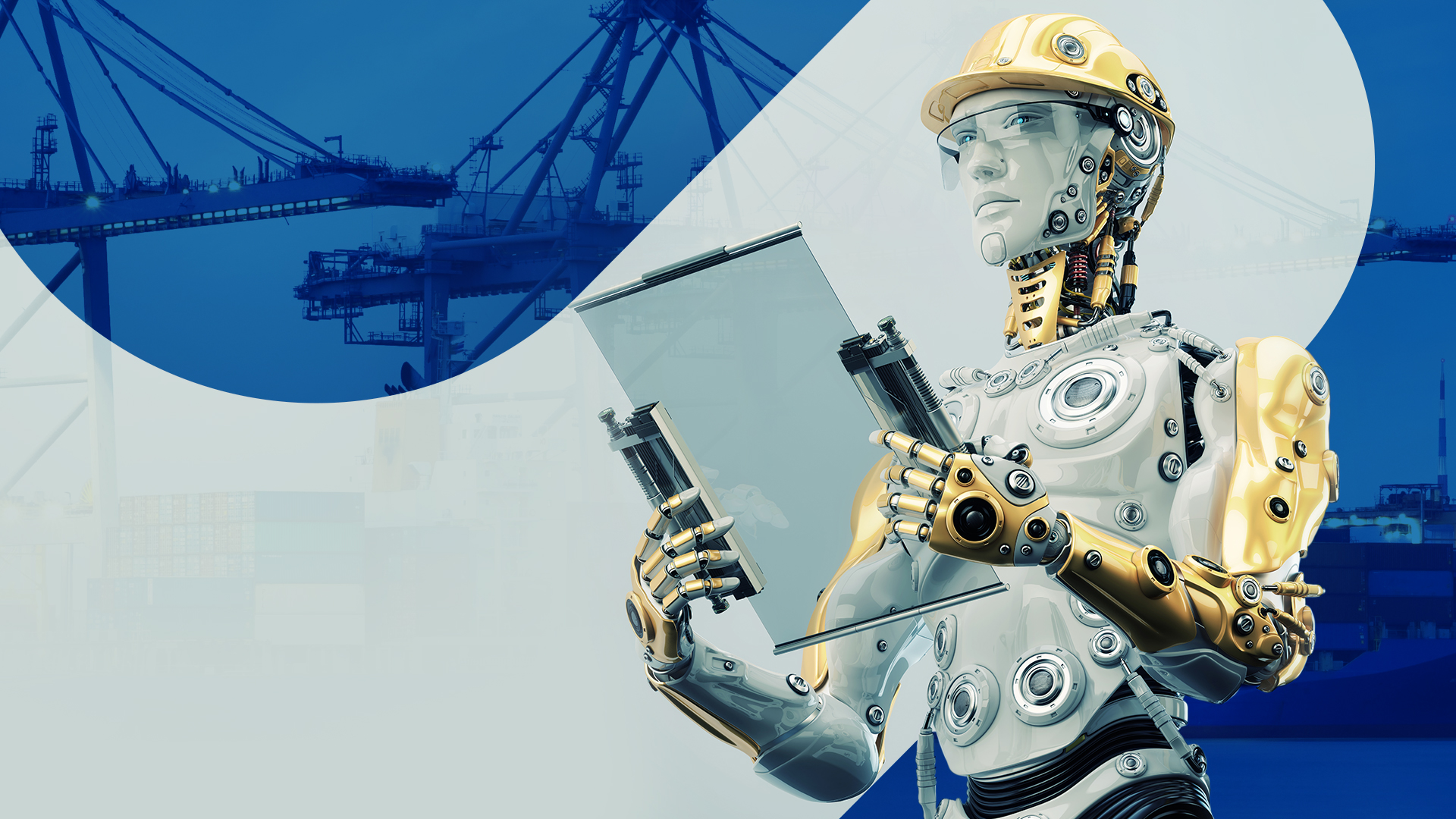 As more industries introduce hi-technology solutions for a wide range of situations, the shipping industry is also adopting various technologies, including robotics for different purposes. Due to the many dangerous tasks and locations on board ship and on docks, robots can be used in a number of ways to reduce risk to human life, which is clearly beneficial to the operation of the vessel, the ship owners and the crew.

For tasks such as firefighting for example, the robot can go where no human could survive. In the event of a ship’s fire, the robot, which can withstand temperatures of up tp 500°C,  can access valves, water hoses and other fire suppression devices which could be carried out in safety. The robot could also, through a system of sensors, search and locate survivors and stay upright in rough seas.

As the demand for more economic operations and lower emissions increases, the condition of a ship’s hull impacts considerably on its fuel efficiency and in turn its emissions. The cleaning robot can reduce the build-up of barnacles and other marine organisms (biofilm) on the hull, which generate drag on the movement through the water by up to 10%. One of the first cleaning robots entitled HullBUG( Hull Bioinspired Underwater Grooming) has been developed by SeaRobotics which was backed by the US Navy office of research(ONR). The vehicle which attaches itself to the ship’s hull employs sensors to detect the biofilm which it can then clean. The universal acceptance of this type of technology, estimated to be worth savings of some $15 billion annually, at the same time reduces millions of tonnes of pollution. Other companies are also developing similar devices based on this technology.

Another benefit of this technique is that it decreases the amount of heavy duty toxic paint applied to hulls which in turn means less cleaning waste, which  itself is a major pollution byproduct. This technique is able to “groom” the biofilm from the underwater portion of a ship. The idea was to create important changes in the design of the ships’ hulls being built as well as for the environment. That is where the HullBUG  concept originated. The device is only 50 cm in length which allows it to work on the curved surface of the hull.

The risks of operating such a device underwater and in a harbor environment include the occasional loss or damage during operation, but by keeping the size and cost of the system relatively low, the method is both practical and economic.

Several companies have now also developed hold cleaning robots which will help to improve the efficiency of the ship itself, improve safety and cut down on more pollution and toxic waste.