Impact on the Shipping industry and Q3 predictions 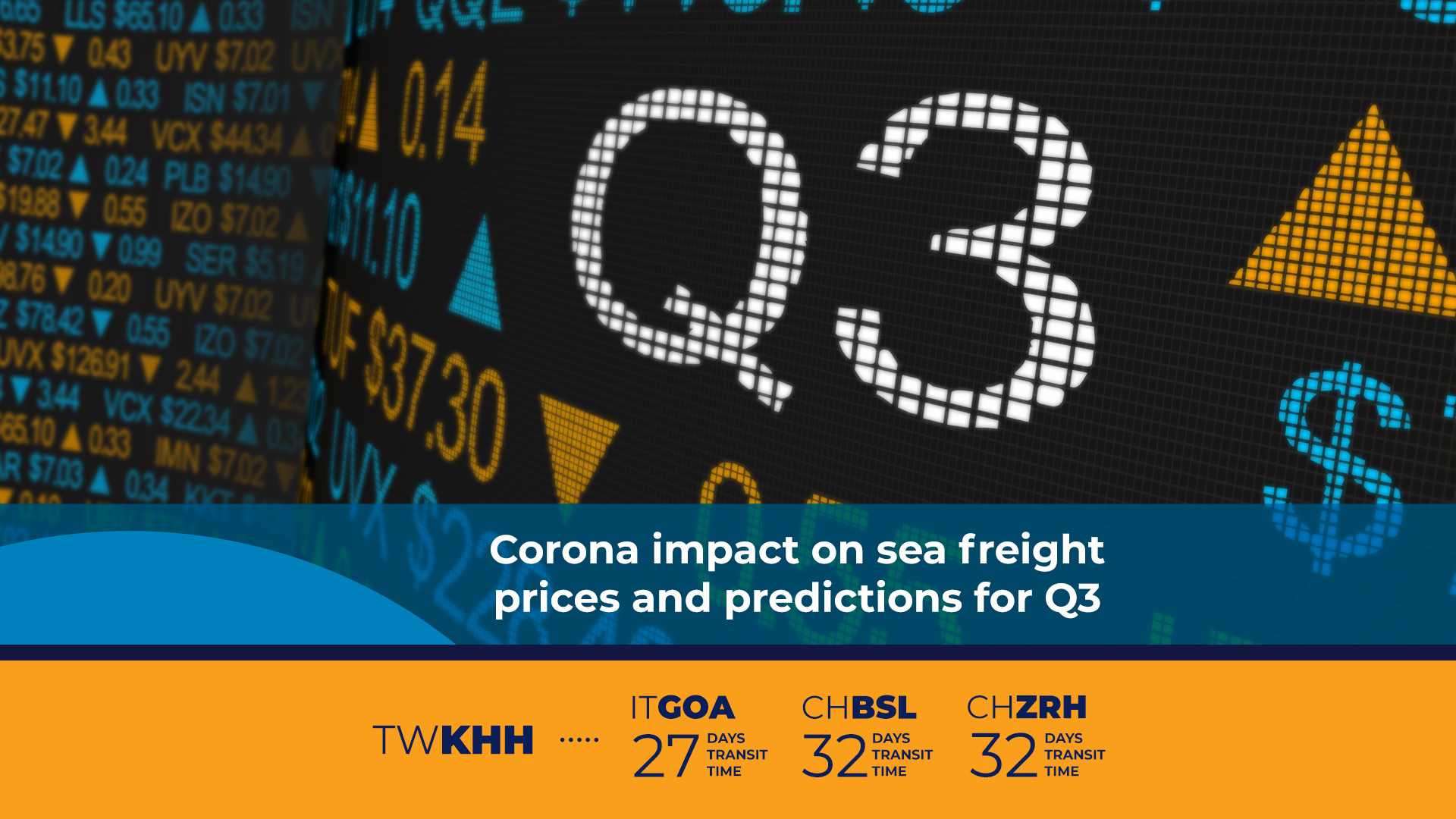 In the last several years, the economic scene globally was shaken and concerned by subjects like climate change, new shipping conditions and unsteady market. Noone expected and prepared for a global pandemic caused by an unknown virus – Covid19. The Coronavirus caused complete havoc on the world’s trading scene as well.

The shipping industry, air and freight forwarders and the entire sea freight consolidation found themselves in the middle of a trade crisis. Problems that the shipping industry and carriers are dealing revolve around cargo decay, cancellation of sailings and managing the constant variability of supply and demand. Another crucial problem represents the constant stress, and dilemmas workers are facing every day.

It may seem that the worst period has passed but with the possibility of the second wave of coronavirus rising things do not look settled. The third quartile of this year (Q3) will be the biggest test for shipping alliances, carriers and sea freighters.

The shipping industry and constant declines

With covid, container trade is experiencing a continuous decline in volume and profit. In January, when China published a virus outbreak a vast majority of the world closed borders and paused all trading agreements with this country. By February, world container trade volumes declined by 8,6% compared to the same period in 2019. We are still awaiting detailed analysis for March, but further declines may be present. Reductions are most significant in the Far East. In the USA and Europe, the cuts are substantial but not drastic(like in the Far East).

In these terms, the most common measure is cancelling services and blank sailings. Blank sailings prove the severity of this situation. Statistics show that there have been 188 in February and March (Asia-North America and Asia-North Europe) while more cancellations and recalls have been declared.

The greatest challenge yet – Q3

As mentioned before, we are entering another unpredictable period in the third quartile of this year.

It maybe seems that this is just a couple of months, but unfortunately, this is not the case. Scientists and analysts predict a possible second wave which can be fatal for carriers, sea freight and air freight consolidation and inevitably the shipping industry. Major carriers reported a decrease in capacity while trying to keep the prices stable. Their goal was to defy constant economic deterioration and keep rates steady. Another possibility is re-routing which was used before in 2015.

Some shippers are lowering the prices (even by 50%) to save consumers. Something reasonably similar happened in 2008 when the world experienced the most significant economic crisis, and the majority answered with building mega-ships. The critical problem is that reduction of demand wasn’t proportional to the decrease in prices. Container shipping is going out of its way to survive while supporting the customers and adapting to clients needs—a reason why a mix of these mentioned measures will probably be the most common reaction to the period ahead of us.

Focus is to avoid chaos by any means necessary even though, for some, this represents lower prices and more blank sailings.