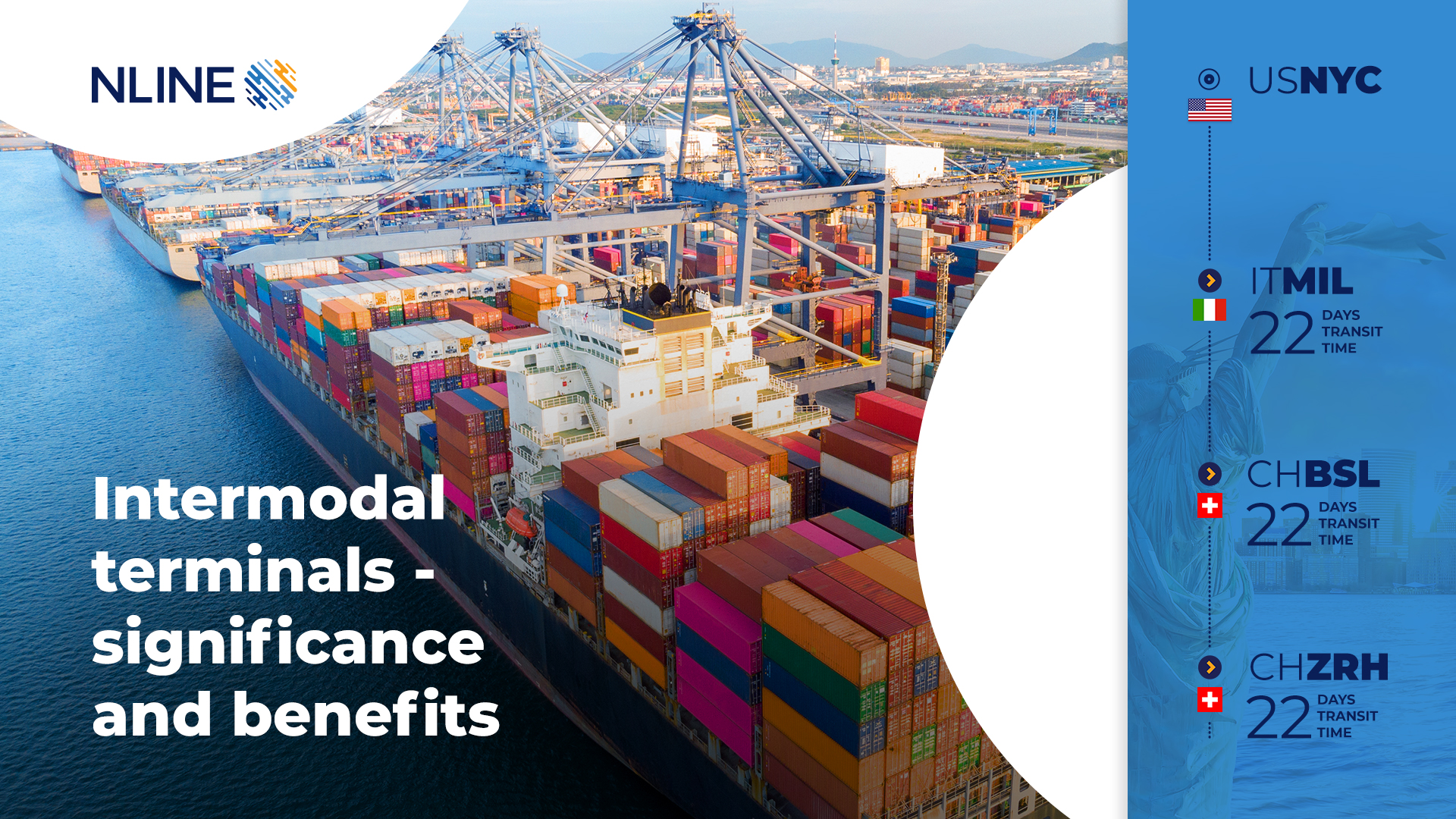 By activating the intermodal terminal, the customers are enabled to reduce logistics costs and to have faster, safer and better transport service. It makes the connection between significant markets and numerous functions and benefits.

Some of the reasons and needs of these terminals existing are better use of the advantages of the types of transport, need to connect many spatially distributed senders and recipients of goods and large transport costs per unit of certain modes of transport.

Rail terminals – For inland intermodal chains rail terminals are linked with port terminals. The fundamental difference between an on- dock and a near-dock rail facility is not necessary the distance from the terminal facilities, but terminal clearance.

Distribution centres with its 3 main functions:

Intermodal transport is synonymous with economical, efficient and environmentally sustainable global movement of all types of goods.

This system implies taking advantage of all modes of transport during the transport chain with the concept of intermodality.

Merger – is the process of collecting and consolidating cargo at terminals. The terminal is located at the junction of the local and regional distribution system and at the junction of the national and international distribution system. It would be best if the cargo from the suppliers arrives at the distribution center united and consolidated. To perform this process, it is best to use road transport because it is flexible and is most suitable for providing “door-to-door” service. The merging process also includes activities that are closely related to the production function, such as packaging and storage.

Connection – represents a consolidated traffic flow (freight train, container ship or even truck convoy) between at least two terminals, which takes place in ​​the national or international freight distribution system.

Changing the type of traffic – is the most important process in the intermodal transport chain. This process takes place in terminals. The terminals provide efficient continuity within the transport chain.

Unbundling – Cargo arriving at a terminal located near its destination should be dismantled and transferred to a local or regional distribution system. This process is related to consumption and is mostly realized in urban areas.