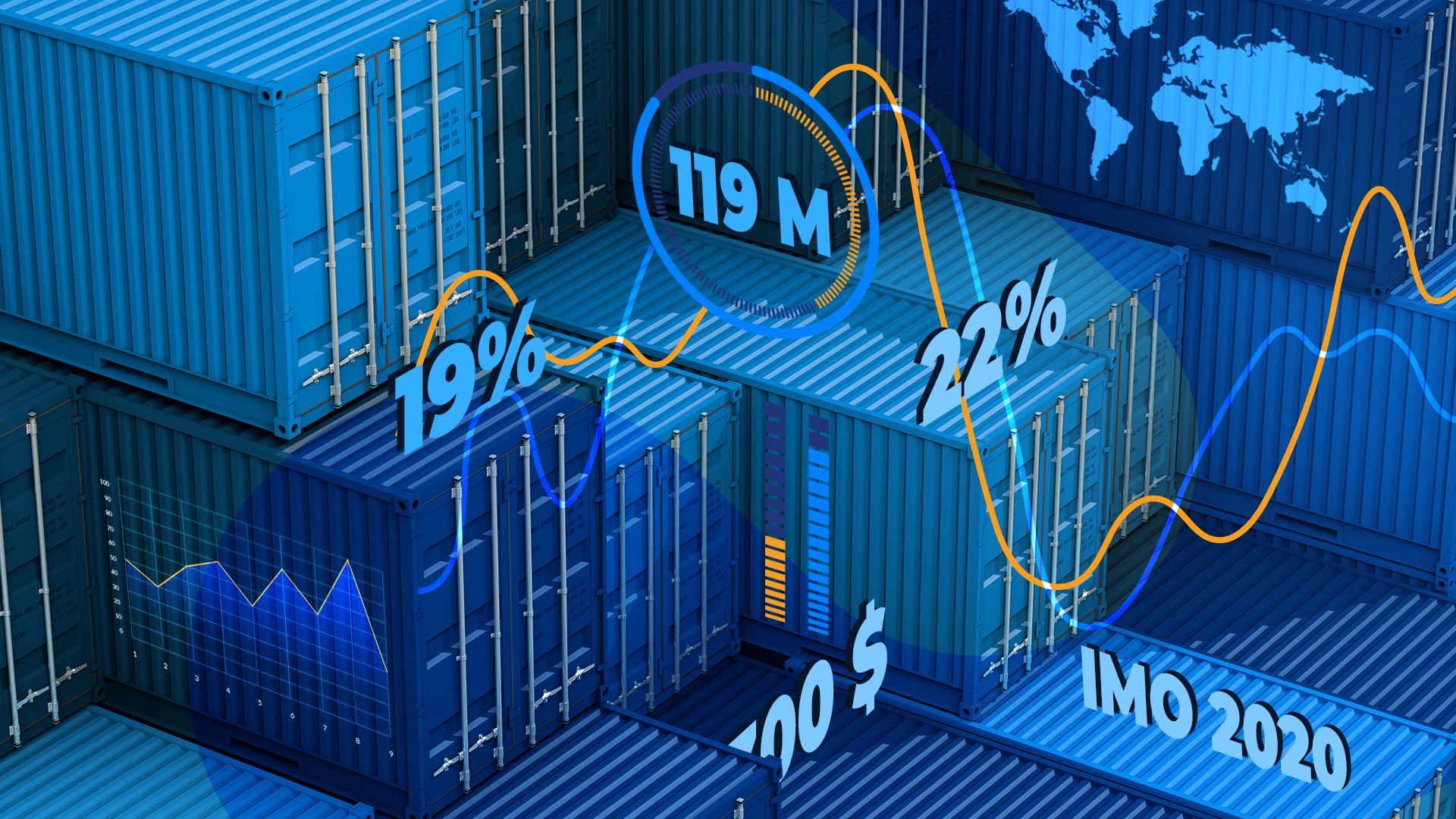 There have been some dramatic events to start off 2020. The recent escalation of friction between the USA and Iran is clearly a threat to shipping in the Middle East and Mediterranean. However, following the admission by the Iranian authorities that the aircraft which crashed near Tehran, was in fact shot down by an Iranian missile possibly accidentally, appears to have calmed down the situation. The world awaits the outcome with a certain amount of dread but indications are that the potential conflict in the Middle East is less likely. The shipping industry is of course particularly under threat in this volatile area.

In the shipping world, there is concern amongst shipowners that some of the new IMO 2020 low sulphur fuels are causing sediment levels to clog or damage engines, resulting in highly expensive repairs. This apparently, is not a widespread problem.

Container spot rates from Asia to Europe and the USA increased at the end of last year largely due to fuel surcharges. According to the freight index SCFI. Prices increased by 19% to northern Europe and 22% to the West Coast of the USA. Furthermore. In anticipation of the Chinese New Year on January 25, shippers are trying hard to move containers before the Chinese factories shut down. At the same time rates to Mediterranean ports were showing only 8% increase which is still higher than the previous year. The price disparity between the 3.5% sulphur content low sulphur fuel oil(LSFO) and the new 0.5% IMO 2020 fuel is approximately $300 per tonne with the possibility of an increase if the Middle East situation deteriorates. There does however appear to be some indications of relaxation of the US China trade war as USA President Trump has indicated that they would be a new trade deal on January 15th.

The increase in fuel costs is being partially blamed for the increased scrapping of conventional vessels and a switch to container ships. Perishable goods trade is increasing globally by approximately 3% to 119 million tonnes and more containers will be required.

Incorrectly declaration of cargo in both ocean and air freight is a continuing challenge. A recent fire which erupted on board the Cosco container ship Cosco Pacific, caused the vessel to be diverted to Colombo in Sri Lanka where it remains during enquiries. The container was apparently mis- declared as spare parts but in fact contained lithium batteries which caught fire. Several containers were offloaded and there were no injuries reported. This is a serious threat to all transport modes and the results of the enquiry will be of significance.