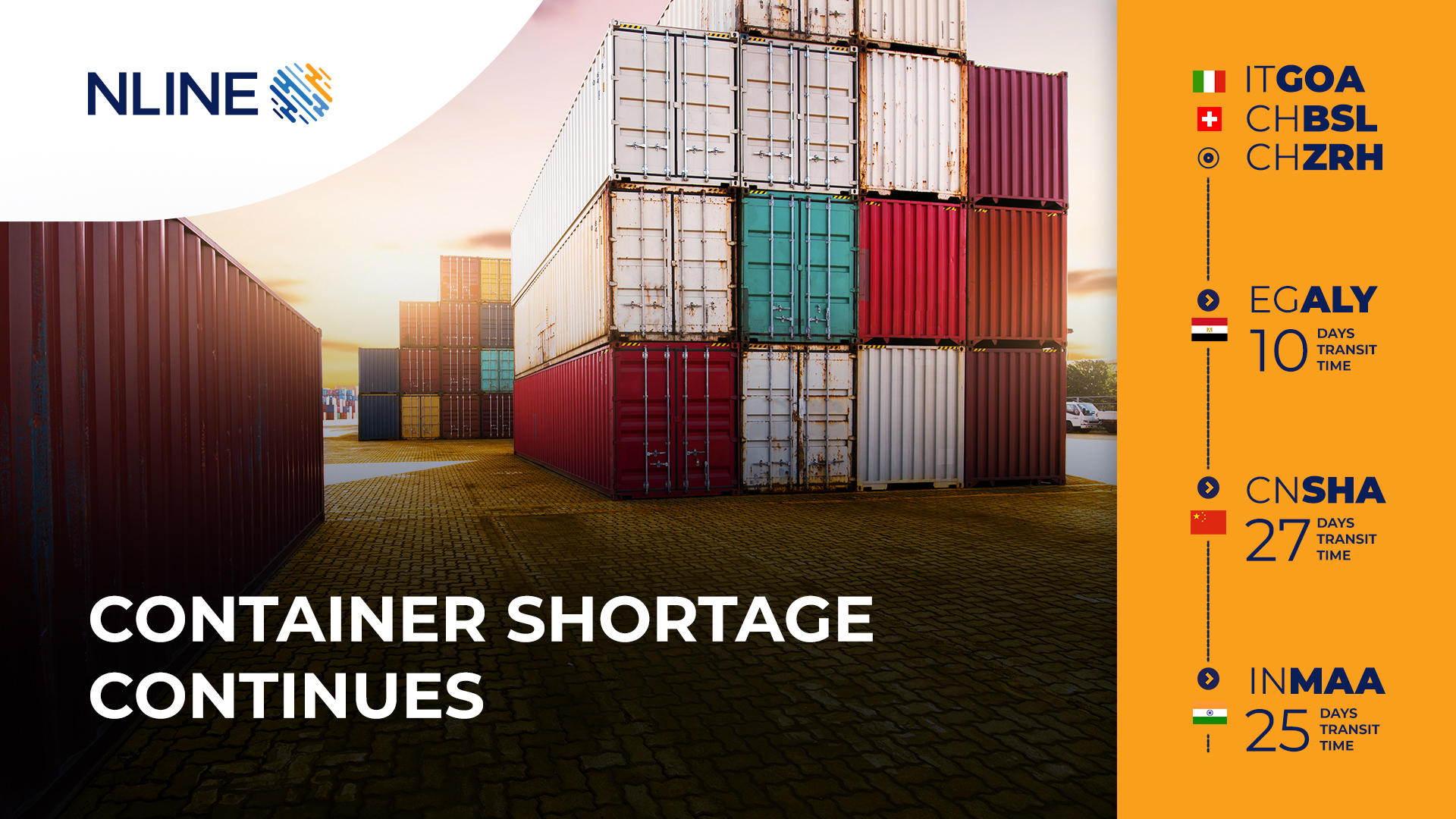 The figures indicate that 37% of all boxes were being rolled over during the November to December period and that as opposed to normal historical diminishing of cargo flows, growing levels of demand continued. As a result it has become increasingly difficult to source available containers for loading.

Ocean insights calculates that the rollover ratio for carriers as the percentage of cargo carried by each line globally that left the port on a different vessel than originally scheduled. The data, collected from 20 global ports indicates that 75% saw an increase in rollover cargo in December compared with the previous month with the world’s largest trans-shipment hub in Singapore as well as Shanghai and Busan rolling over more than a third of their containers.

Industry experts are warning that the cargo surge could well last through the first half of 2021. Major shipping companies have seen an overall increase in rollover values from 35% in November to 37% in December and three of these lines saw more than 50% cargo left at the departure port.

These disruptions to the international supply chain experienced over the last year are mostly blamed on the sudden and radical changes to the demand for goods due to the impact of Covid 19 pandemic. As inland transportation port and warehousing operations have been hit by lockdown was, labour shortage and volume overload, the positioning and return of containers within the global supply chain has slowed. Rollovers, or the failure to load containers can be caused by a number of factors such as, overbooking, ships avoiding ports, mechanical breakdowns, customs and documentation problems and of course quarantine caused by pandemics and other diseases.

Chinese manufacturing continues to boom and consumers are spending more on imported goods. As the world continues to grapple with the pandemic, there is no indication as to when this situation will return to normal.