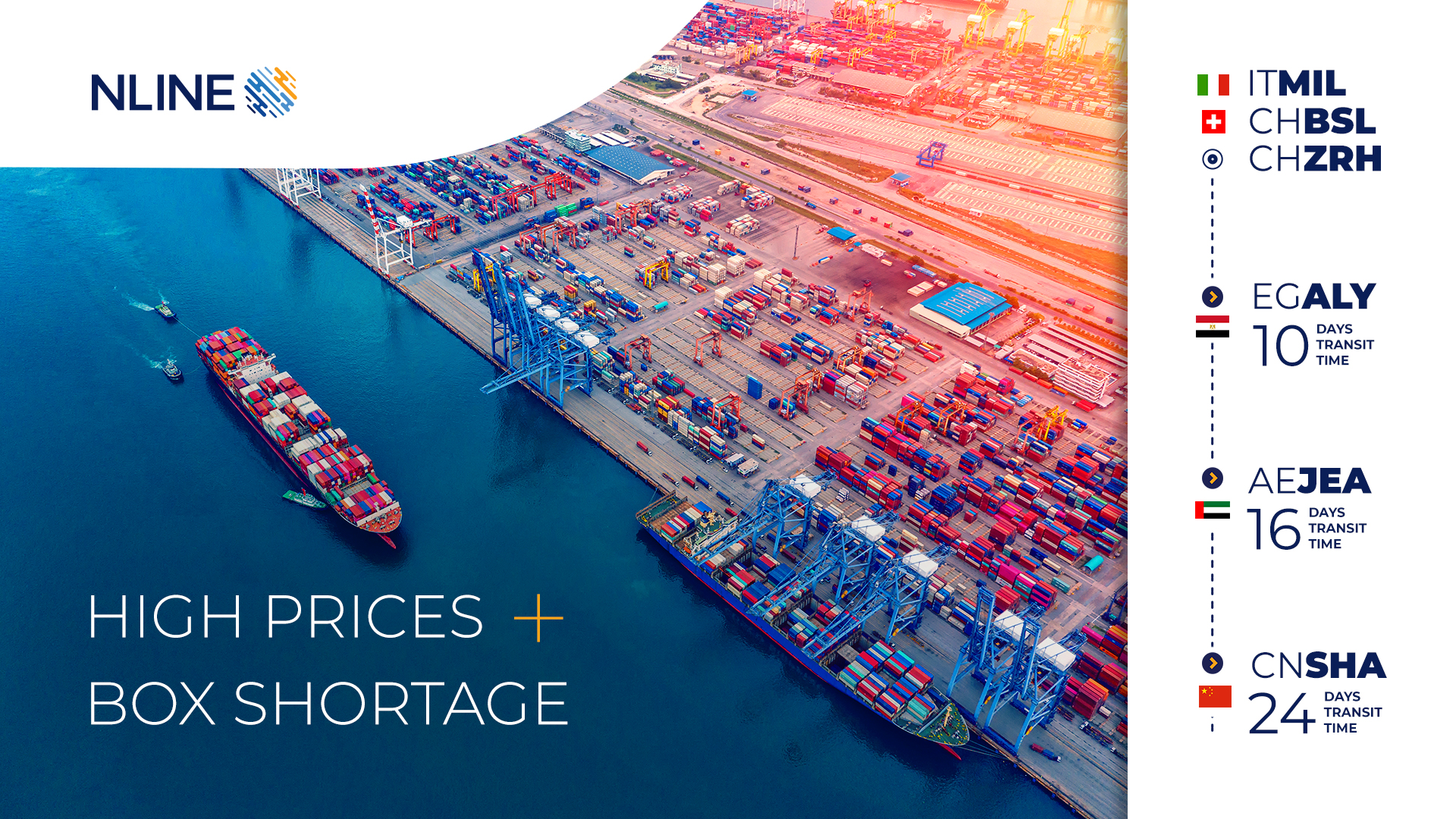 The combination of sky- high rates and a dire shortage of containers, the effects of the global pandemic as well as the normal frenzy of Christmas deliveries, have created “a perfect storm” for shippers worldwide and there is little sign of an improvement.

Asia to Europe shippers are having to work with rates of up to 170% higher than a year ago and the European exporters are also faced with the ininability to secure bookings until as far away as January whatever the price. Several weeks ocean carriers have prioritised the movement of empty containers to Asia which can possibly delay shipments by up to a month. Augmented by the explosion in e-commerce and the lack of airline capacity, the demand is outstripping the supply. All carriers are searching for 40 foot high cubes(HCs) as well as 20 foot containers.

With additional surcharges being applied, many shippers are blaming operators are taking advantage of these difficult conditions which inevitably end up with the end customer paying more. To mitigate equipment in balances, carriers have adopted an aggressive strategy in some cases suspending bookings at the expense of getting empty equipment to ports crying out for them.

Some customers are willing to pay such bloated rates but in the meantime,, some ports are jammed with containers lying at the dockside for up to 4 weeks incurring substantial storage charges and earning zero revenue. “Abusive”was the term used by one forward to describe the attitude of the operators and in some cases, this has resulted in a switch to air freight, albeit temporarily.