Trading Routes Between China and the EU 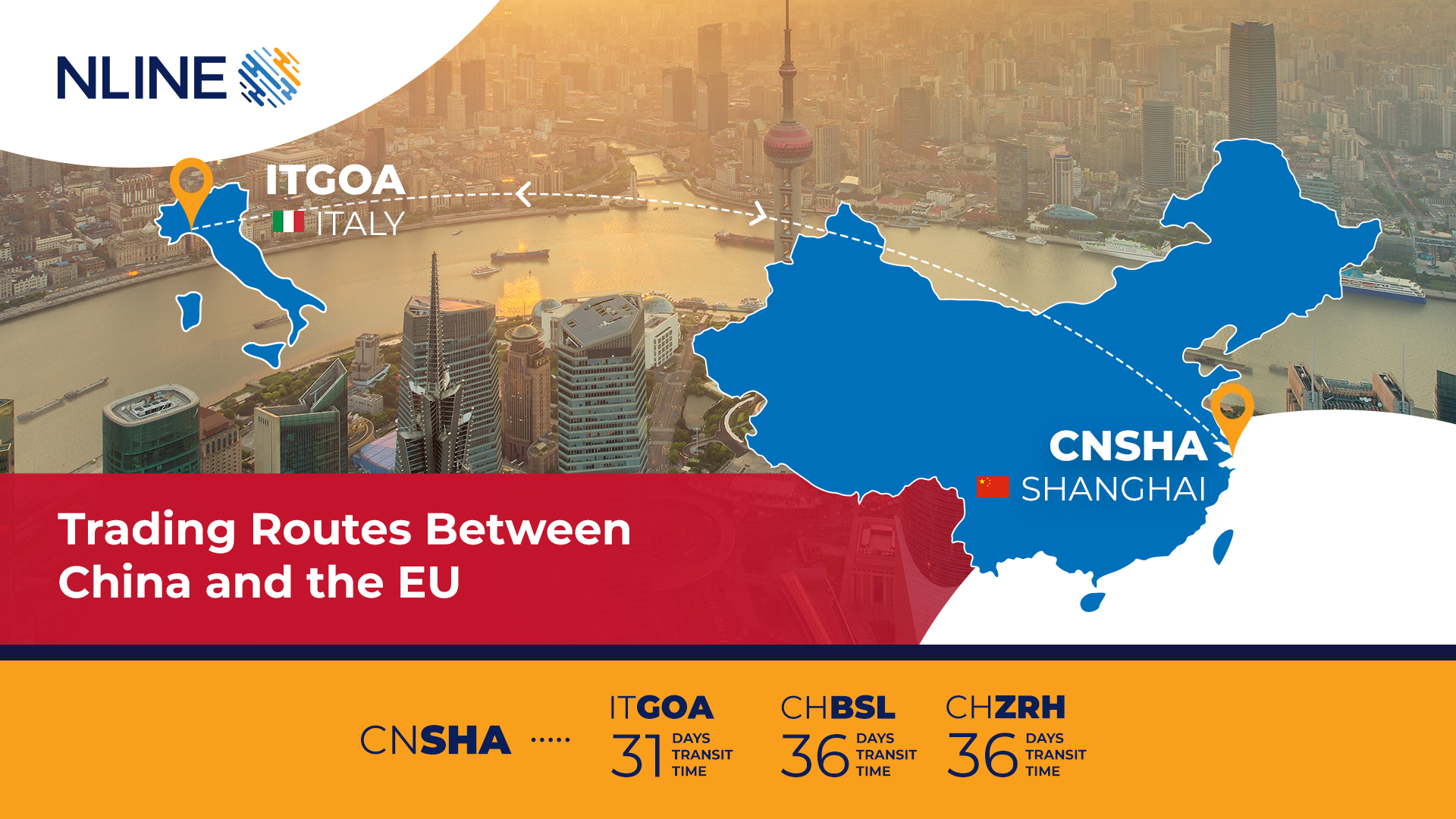 Four years ago, Lu Yingji of the Far East Land Bridge, an international freight forwarding company, said to the Forbes reporter that their ultimate goal is to have one train per day delivering cargo to Europe – from a single city in China (Suzhou). And if we look at the report from the China State Railway Group Co., Ltd, this ambitious number seems well at reach: amidst the corona crisis, a total of 5,122 trains operated on the route during the period, an increase of 36% compared to last year.

On the other hand, Alexander Geisler from the German Shipbrokers’ Association noted for Deutsche Welle that freight trains are not a serious competition to shipping: “They’re a niche product that’s enjoying growing popularity – about 100.000 containers are transported by rail from China to Hamburg each year, compared to the 9.000.000.000 containers that are shipped. That’s a negligible amount.”

The reality seems to back these words up.

China and The Belt and Road Initiative

In 2013, when China began The Belt and Road Initiative (which includes a rail network across the Chinese land ports and the borders of Russian Federation, Kazakhstan, and Mongolia, where it links with Trans-Siberian or Trans-Asia and -Europe corridors), also known as “The Silk Road Economic Belt”, it had big plans for the inland rail routes.

They were supposed to transport all the cargo with perishable goods, which needs to arrive much faster at its destination, or products whose buyers can’t afford to wait six to eight weeks of maritime shipping. In short, rail freight was a middle ground between shipping and sending goods by air – it offered a significantly lower cost than air freight while delivering merchandise much faster than maritime transport. And now, some years later, industry experts like Alexander Geisler still argue that this mode of transportation preserved its “niche” status. It transfers perishable goods from the EU to China (flowers, food, spirits, chemicals, and alike), or high-end merchandise that the EU needs fast (machinery, high-tech equipment, B2B goods).

Despite the shiny predictions for the rail transit market, sea freight remains indispensable because it can offer incomparably low transportation costs and be used for trading on a much larger scale. In essence, everything that can afford the sea freight duration is being shipped between China and Europe, especially if we are talking about bulk amounts. And if we look at the statistics of the most traded products EU-27 and China (Eurostat, 2019), it’s clear that the type of merchandise and its trading volumes require shipping: the top three categories of goods, both imported and exported, are machinery&vehicles, manufactured goods, and chemicals.

Shipping routes China and the EU

The majority of shipments between China and the EU sale through what’s known as the Maritime Silk Road. The world’s largest container ports are on this route: Shanghai, Singapore, Shenzhen, Ningbo-Zhoushan, Busan, and Hong Kong. In recent years, there was much debate around the issue of European ports such as Piraeus and Trieste, with China wanting to invest heavily in its development, thus creating an enhanced infrastructure of the Maritime Silk Road. The European Union had its suspicions about the project, and there still remains to be seen exactly how this ancient maritime route will be organized.

In the meantime, the COVID crisis has heavily impacted the shipping sector. Quarantine measures disrupted Chinese factories, hindered the transport to ports, and the entire supply chains were basically broken. As a result, ships were stuck at the port without personnel and merchandise, and containers leaving China were shrunk by half. Naturally, the recovery can’t happen overnight, but thankfully the sea freight sector is slowly regaining resources, strength, and capacities.